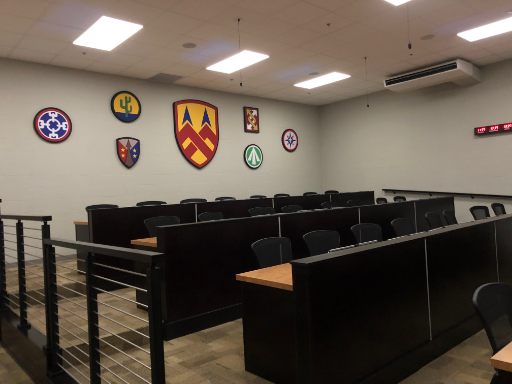 With more than 7,000 active VFW Posts in communities throughout the United States, most Americans have some experience with the VFW. But after 20 years of service with the United States Marine Corps, including assignments in Syria, Bahrain, and Iraq, Victor Letourneaut appreciates the VFW more than many. Victor Letourneaut is also the owner and president of Up-Side Management Company, a general contractor specializing in Department of Defense and Federal construction and renovation projects.

“To me, it’s not enough just to make a financial contribution,” Letourneaut said. “I’m a Lifetime Member of the Veterans of Foreign Wars, and am currently serving as the 4th District Commander of the VFW for the Department of North Carolina. When I joined, the VFW motto was ‘Honor the dead by helping the living,’ and the VFW is my way of giving back to our veterans and our military.”

The organizations which became the VFW were founded in the first years of the 20th Century by veterans of the Spanish-American War and the Philippine Insurrection. Arriving home wounded or sick, these veterans received no military benefits – not even medical care – and so formed local groups to secure support for themselves and their families. Over the last century, the VFW has pushed for a number of veterans benefits that have become institutions in themselves, among them the national cemetery system, the Veterans Administration, and the GI bill.

“I know how important it is for our veterans and their families to connect with others who may have had similar experiences, or who may know of available resources,” Letourneaut said. “I think it’s one of the reasons I gravitated towards DoD contracting when Up-Side Management Company got off the ground a few years ago – it feels good to know that our construction and renovation services provide improved facilities to our military personnel.”

My choice to volunteer with the VFW is definitely related to my time in the Marines.
Victor Letourneaut, U-SMC President